Aging is the first risk factor for most diseases and we believe that understanding the biology of stem cell aging will be critical to enhance stem cell function and preserve their regenerative capacity over time. Our mission is to end the threat of age-related diseases and promote longevity 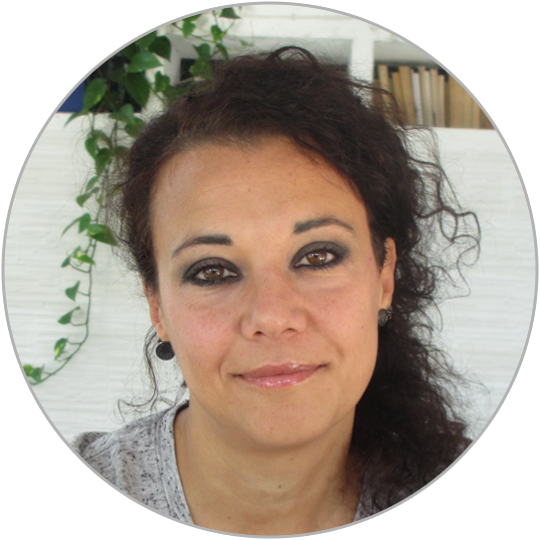 Somatic stem cells have the ability to regenerate tissues over time. This capacity declines with age, disrupting tissue maintenance. Many age-related diseases, including cancer and sarcopenia, are likely consequence of stem cell dysfunction. Understanding how stem cells age and identifying intervention strategies to maintain stem cell function and regenerative capacity is thus likely to lead to new therapeutic approaches for maintaining our health as we age. Our lab uses mouse models to explore the biology of stem cell function and regeneration and to identify mechanisms of age-related stem cell dysfunction. Our focus is on epigenetic alterations that can be pharmacologically targeted and on the interactions between stem cells and the niche. Based on our findings we have identified intervention strategies to improve the regenerative capacity of aged stem cells and we have unravelled biological alterations in the stem cell niche that could help our understanding of disease development in the elderly.

Interventions that promote stem cell health are likely to provide new avenues to prolong human tissue health and to treat or prevent a wide range of age-related diseases. Coupling fundamental insight into stem cell biology to the exploration of such intervention strategies is likely to be a productive route for the identification of new and promising therapeutic approaches.

P-CMR[C] researchers define a new mechanism of aging in a bone marrow stem cell in women
In women cells, the expression of chromosome X is silenced to balance gene expression between XX females and XY males.

The team led by Dr. M. Carolina Florian at IDIBELL receives a European grant of 2 million euros to study bone marrow rejuvenation
With this project, Dr. M Carolina Florian, from the IDIBELL’s Regenerative Medicine Program, aims to improve the survival and quality of life of elderly patients undergoing chemotherapy

Very proud to be one of the 2020 awardees!
Thanks to all the people working in my lab…

One PhD Fellowship INPhINIT with La Caixa Foundation available in my team
Details about eligibility criteria, how to apply and the project are available at this link: 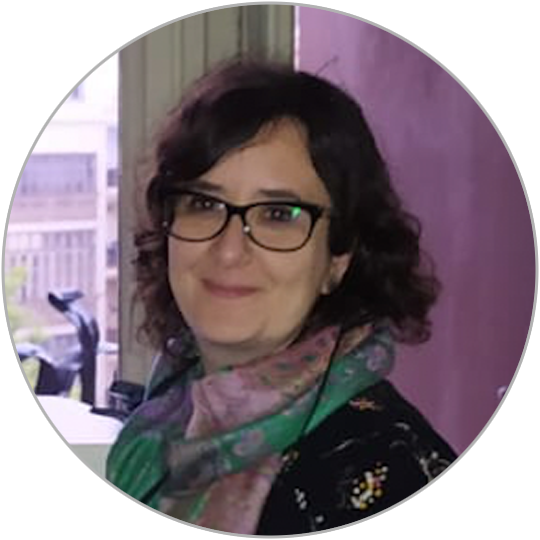 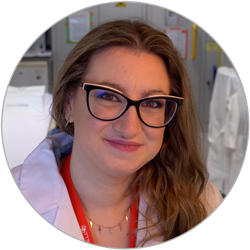 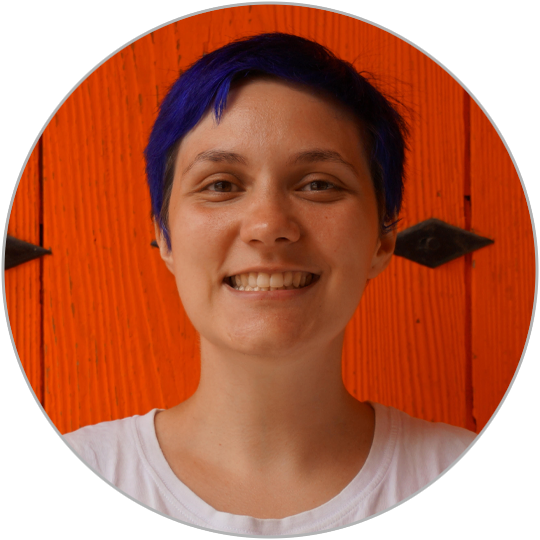 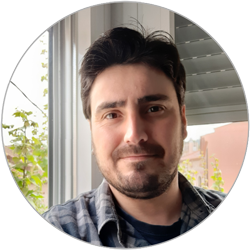 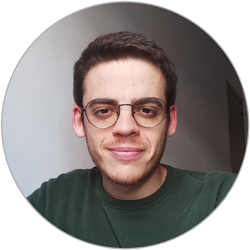 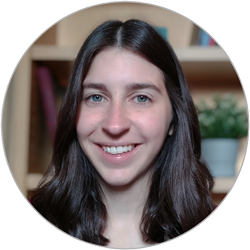 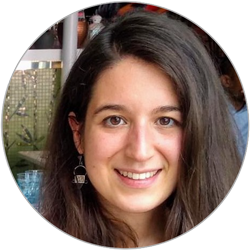 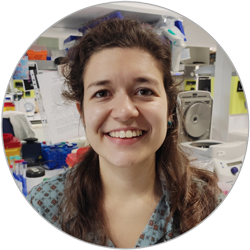 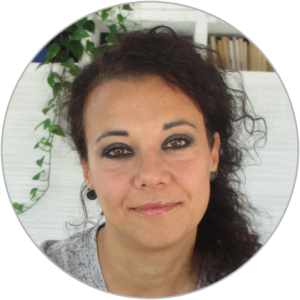 Dr. M. Carolina Florian holds a PhD from the University of Milano (Italy). She pursued postdoctoral training at the Institute of Molecular Medicine in Ulm University (Germany) from 2009 to 2015. In 2016, she was awarded an Emmy Noether Grant from the German Research Foundation (DFG) dedicated to outstanding early-career researchers. This grant supported the establishment of her independent research team on Epigenetics of Stem Cell Aging. In 2018, she was appointed as group leader at CMRB (Spain).

Her research in the past 5 years strongly challenged the concept that aging is an irreversible process and showed that it is possible to pharmacologically target the aged-dependent alteration of stem cell epigenetic polarity and functionally rejuvenate aged HSCs in vivo. Somatic stem cells are central for tissue homeostasis and regeneration. Their age-dependent functional decline constitutes a hallmark of tissue attrition upon aging, eventually limiting health-span and lifespan. Dr. Florian’s work is committed to further grow the understanding of alterations affecting aged somatic stem cells and she is investigating changes of the epigenetic architecture that drive stem cell aging, to improve tissue attrition with age or even to prevent aging-associated diseases. 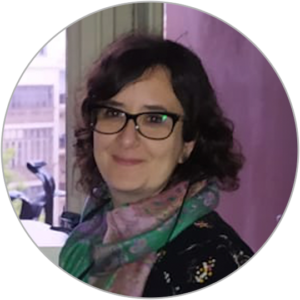 Dr. Eva Mejía obtained her Bachelor´s degree in Biochemistry at the Universidad Autónoma de Madrid in 2001. She performed her PhD studies in Molecular Biology at the Centro de Investigaciones Biológicas-CSIC in Madrid from 2002 to 2006, studying the molecular mechanisms of replication fork blockage in the yeast Schizosaccharomyces pombe under the direction of Dr. Pablo Hernández Valenzuela. She demonstrated the role of the protein Sap1 in replication fork blockage at the rDNA in S. pombe.

After that, Dr. Mejía moved to the USA to work as a Research Associate in Professor Paul Russell’s lab at the Scripps Research Institute in La Jolla, California from 2007 to 2011. She studied the genetics and the molecular mechanisms in S. pombe involved in Replication Checkpoint Maintenance and Double Strand Break Repair. Her results have contributed to the understanding of Brc1 role in Double-Strand Break (DSB) repair during S-phase, and also, the role of the complex Ku80-Ku70 in DSB repair through Homologous Recombination together with Ctp1.

In 2011 she moved back to Spain to work as a Postdoctoral Researcher at Professor Ferran Azorín’s lab where she studied the function of CENP-B homolog in S. pombe in its role in chromatin organization using ChIP-Seq.

Dr. Mejía joined the CMRB in April of 2013 as a Research Assistant.

Francesca Matteini obtained her bachelor degree in biological sciences in 2012 from the University of Florence. During this period she studied the effect of cosmic radiation on hereditary material after its exposure to extraterrestrial environment.

She followed her studies obtaining her master degree in cellular and molecular biology at the University of Florence in 2015. During her master’s internship she worked on the characterization of the autocrine and paracrine action of bone marrow-derived Mesenchymal Stromal Cells, focusing on role of sphingolipids. From October 2015 to February 2019 Francesca performed her PhD in human biology and medical genetics at the Sapienza University of Rome. During her PhD Francesca studied the role of the Poly(ADP-ribose)polymerase 1 (PARP1) in the transcriptional regulation of MyoD target genes.

Francesca joined the Center of Regenerative Medicine in Barcelona (CMRB) in March 2019 first with an Erasmus-Unipharma Graduates scholarship and then as postdoctoral researcher in Dr. Carolina Florian’s group, focusing on the role of the bone marrow niche in the regulation of HSCs function upon aging. 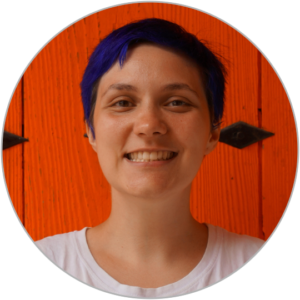 Barbara recently joined Carolina’s group as PhD student. She’s interested in epigenetics and alteration of the bone marrow microenvironment during acute myeloid leukaemia in the elderly. Focusing on finding serotype independent, protein-based vaccines against Streptococcus pneumoniae, she did her Bachelor in genetics at the University of Greifswald. She acquired her Master’s degree in molecular and cell biology at the Free University of Berlin. Her master thesis was focused on characterizing a novel Cre-DreERT2 mouse strain to get more insights into Multiple Myeloma.

Dr. Javier Lozano obtained his Bachelor’s degree in biology at the Universidad Complutense de Madrid (UCM) in 2012. He collaborated at the Immunology Department of Medicine School of UCM, where he defended his Master thesis in the study of γδ T lymphocytes and Bowel Disease in mouse model Vcre XBP1flox TCRd-/- in 2013.

He performed his PhD at the Institut d’Investigació Sanitària Pere Virgili in Joan XXIII hospital of Tarragona from 2014 to 2018, identifying and characterising miRNAs as potential modulators of TNF-induced insulin resistance in obesity. He found and functionally analysed two microRNAs (miR-181a and miR-23a) altered by TNF-alfa action in differentiated post-insulin-stimulated adipocytes as well as in adipose tissue of obese patients. He also described miR-181a as a predictive serological biomarker for the risk of pre-diabetes. During this period he also supported other collaborative researches like the study of association and role of the cytokine TWEAK in non-alcoholic fatty liver disease, the study of human gut mycobiome in association to cardiovascular disease and the search for novel biomarkers for prostate cancer in blood, urine and semen. He also was granted with a fellow to make a 3 month stay at the Manchester Collaborative Centre for Inflammation Research (United Kingdom) in 2016. There, he supported research in regulation and function of the deubiquitinase USP12 in human macrophages.

Dr. Lozano redirected his professional career as research technician and joined to Experimental Sciences department of Universitat Pompeu Fabra (Barcelona) in 2018. There, he assumed the role as technician and laboratory manager for two years, covering laboratory needs of Cell Biology’s group focused in research in muscle stem cell regenerative biology and senescence in mouse models.

Francesco Maria Affuso obtained his Bachelor Degree in Biotechnology at the Università di Ferrara in 2019, attending his internship in the Pharmacology department and defending a thesis regarding novel multimeric ligands for opioid receptors.

He is currently attending his last year of Master degree in Medical Biotechnology at the Università di Bologna. He joined Florian’s group as a master student in march 2021, winning an Erasmus Traineeship grant for a six-months internship. The internship is focused on the study of RhoA, and in particular on its role in hematopoietic stem cell mechanosignaling and on its impact on cell metabolism upon ageing.

Sara Montserrat Vázquez obtained her Bachelor’s degree in Genetics at Universitat Autònoma de Barcelona in 2015. She went on to study a Master’s degree in Cytogenetics and Reproductive Biology at the same university, where she analysed blood samples of patients with neurodevelopmental disorders using comparative genomic hybridization arrays as her master thesis. From 2017 to 2020 she worked as a cytogeneticist in laboratories of clinical analysis in Alicante and Barcelona. Her main duty was analysing karyotypes of different types of cells (from peripheral blood, bone marrow, amniotic fluid and miscarriage tissue), as well as performing fluorescence in situ hybridization analysis of spermatozoa.

To expand her knowledge, Sara studied a Master’s degree in Bioinformatics and Biostatistics at Universitat Oberta de Catalunya and she had the opportunity to do an internship at Mireya Plass’ group during the last trimester of 2020. She analysed published data from single-cell RNA sequencing experiments on brain samples and identified differentially expressed RNA binding protein genes between Alzheimer’s disease patients and controls.

Dr Surya Cayre obtained her Bachelor’s degree in Cell biology and Pathophysiology at the Université Paul Sabatier (UPS) in Toulouse in 2014, and her Master’s degree in Pharmacology in 2016 (UPS, Toulouse). During her master internship, she focused her research on the characterization of the role of the recently-discovered hormone Elabela on the energy metabolism.

From January 2017 to June 2020, she performed her PhD in Cell Biology in the labs of Dr Bruno Goud and Dr Marina Glukhova at Institut Curie in Paris. She studied the role of the Golgiassociated RAB6 GTPase in the mouse mammary secretory lineage function during gestation and lactation, and found that RAB6 regulates the secretory differentiation and activation of the mammary gland by controlling STAT5 activation.

Surya joined P-CMRC in April 2021 as a postdoctoral researcher in Dr Carolina Florian’s group to work on the Vascular Endothelial Stem Cells in the regeneration of the bone marrow upon aging.

Alba Ferrer Pérez obtained her Bachelor’s degree in Biochemestry and Biomedical Science at Universitat de València in 2018. During the last year of university, she did two stayings at the University of Copenhagen and at the University of Virginia. From 2018 to 2020 she worked as a laboratory technician at Spanish National Center for Cardiovascular Research (CNIC) in Madrid, working on the characterization of the pathophysiology of atherosclerosis.

She acquired her Master’s degree in research in translational medicine at Universidad Complutense de Madrid in 2020. Her Master’s thesis was focused on characterizing the effects of TET2 mutation-driven clonal hematopoiesis on atherosclerosis regression.

She recently joined Carolina’s group at P-CMRC as PhD student, focusing on the role of the ageing bone marrow niche in leukemic cells.