gene regulation of cell identity
Alternative polyadenylation and other post-transcriptional regulatory processes are key mechanisms responsible to define the transcript repertoire of cells. Using a combination of high-throughput sequencing and computational approaches, we study how these mechanisms influence cellular differentiation and their contribution to the development of neurodegenerative diseases. 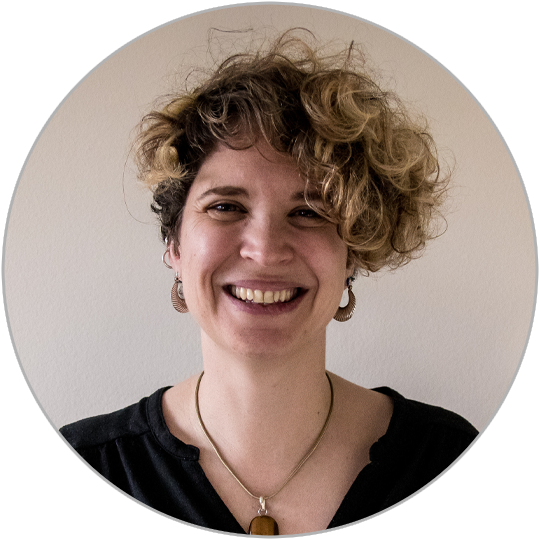 The mechanisms that define cell identity in complex organisms are still largely unknown. Most efforts have been focused on understanding how a few transcription factors direct cell differentiation in particular circumstances, such as during development or in cancer. However, many post-transcriptional processes, which are essential for defining the final transcript repertoire in a cell, have been overlooked and their role in establishing this identity is much less understood. In the lab, we want to understand how post-transcriptional regulatory processes, and in particular alternative polyadenylation, are coordinated at the individual cell level and how they contribute to the differentiation of cells both in health and disease conditions.
By combining single-cell transcriptomics with cellular reprogramming we can characterize at the molecular level how gene expression and post-transcriptional regulation are altered in several conditions and which is their contribution to the development if neurodegenerative diseases. By differentiating iPSCs to different types of neurons and other neural related cells, we can now study the differentiation process globally and identify all the gene expression changes responsible for the differentiation of individual cell types. Additionally, by comparing the differences in the differentiation of patient-derived and healthy iPSCs cells, we can identify the altered gene pathways that explain the onset and the progression of the disease.

The molecular mechanisms responsible for the development of neurodegenerative diseases, such as Alzheimer’s and Parkinson’s disease, are still largely unknown. We want to investigate how the basic molecular biology mechanisms involved in the regulation of RNA are altered in neurodegenerative diseases. This research will likely contribute to identify new targets for the development of new diagnostic tools and personalized medicine interventions.

The Gene Regulation of Cell Identity lab is looking for outstanding candidates to apply for an Inphinit doctoral fellowship to join the lab. The selected candidate will work in a project aimed at understanding the function of RNA Binding Proteins in the control of Gene Regulatory Networks in single cells. For more information, click here.

The successful applicant will lead an independent research project on single-cell transcriptomics. The project will be focused on understanding how RNA binding proteins (RBPs) contribute to neural differentiation and how the transcriptomic networks regulated by these RBPs are altered in the development of neurodegenerative diseases. For more information, click here.

We are always looking for passionate computational and/or wet-lab scientists at the PhD or postdoc level to apply for independent funding to join our group and develop their own projects using single-cell and other transcriptomics methods in combination with wet-lab experiments to study neurodegenerative diseases. If you are interested, please contact us! 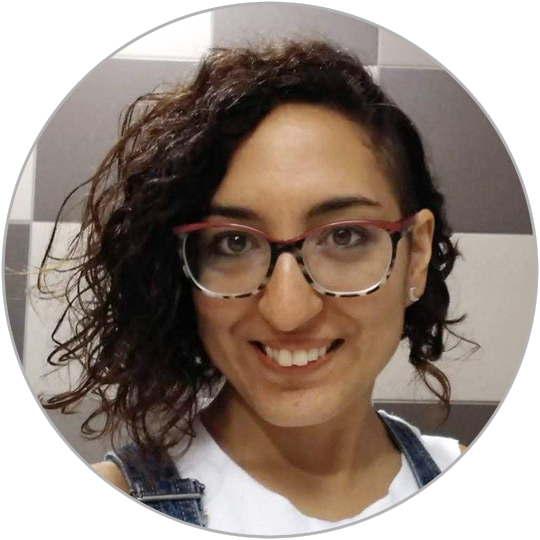 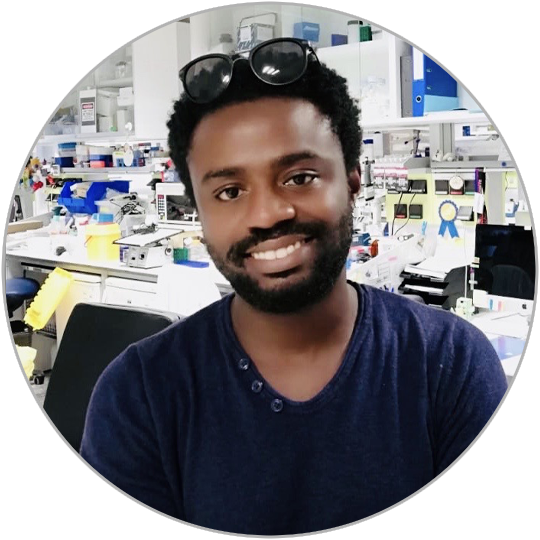 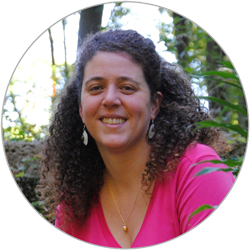 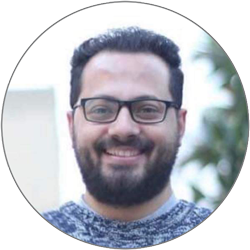 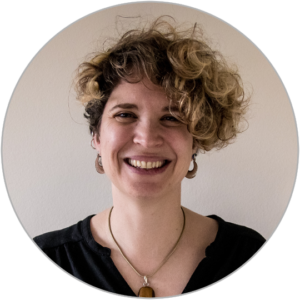 Dr. Mireya Plass studied a BS in Biology (2005) and holds a PhD in Health and Life Sciences (2011) from Pompeu Fabra University (Barcelona, Spain). She pursued postdoctoral training abroad first at the University of Copenhagen (Krogh Lab, 2011-2015) and later at the Berlin Institute for Medical Systems Biology (N. Rajewsky Lab, 2016-2019) before returning to Spain to complete her post-doctoral training at the Center for Genomic Regulation with a Marie Sklodowska-Curie Fellowship (Irimia Lab, 2019). In 2019, she joined the CMRB (now P-CMRC) as independent group leader and shortly after she was awarded a Ramón y Cajal contract from MINECO to support her position as principal investigator.

Throughout her career, Dr. Plass has been interested in understanding how post-transcriptional regulatory mechanisms, such as splicing and alternative polyadenylation, shape gene expression from an evolutionary and systems biology perspective. Recently, her work has pioneered the use of single-cell transcriptomics to understand how gene expression drives cellular differentiation. As independent group leader, she wants to investigate the function of post-transcriptional regulation in gene expression and cell differentiation, and in particular its contribution to the developm ent of neurodevelopmental and neurodegenerative diseases. 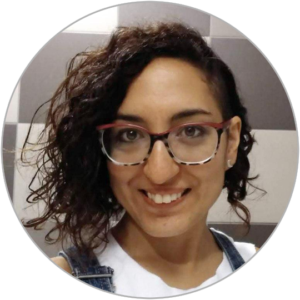 Dr. Ana Gutiérrez Franco holds a BSc in Biotechnology by Universitat Autònoma de Barcelona (2010) and MS in Neuroscience (2011). During her PhD at Vall d’Hebron Research Institute (Dr. Carmen Espejo and Dr. Xavier Montalbán, 2010-2014) she studied the role of Semaphorin 3A and 7A in the neuroregulation and immunomodulation in multiple sclerosis. She performed a short stay of three months at the Center of Clinical Brain Sciences at the University of Edinburgh to study the role of TNF-alpha in iPSC cells derived from ALS patients and differentiated to oligodendrocytes.

Her first postdoc at Institute Germans Trias i Pujol was focused on the evaluation of experimental treatments in a mouse model of Sanfilippo syndrome targeting autophagy mechanisms (Dr. A. Matilla, 2015). After that, she joined the Evolutionary Genomic lab led by Prof. Fyodor Kondrashov at the Center of Genomic Regulation as a post-doctoral scientist to study the potential compensatory mechanism of Lamp2A over a Parkinson’s disease causative mutation in alpha-synuclein (2016). In 2017, the group moved to the Institute of Science and Technology in Vienna. There, she combined her research on alpha-synuclein and Lamp2A interaction, with managerial duties as she was in charge of the experimental lab and supervision of students and technicians.

For the past three years, she has also been the Lab Manager of an annual summer school program (School of Molecular and Theoretical Biology) that merges real science projects with highly motivated and talented high school students from around the world.

She joined the P-CMR[C] in June of 2020 as a Research Assistant in Mireya Plass’ group to study the influence of alternative polyadenylation in neuronal differentiation and the development of neurodegenerative diseases. 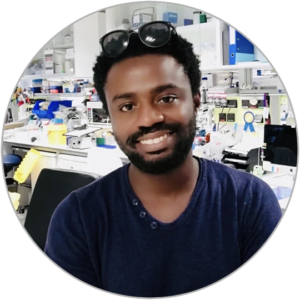 Franz obtained his BSc (2016) in Biology (Biology/Biochemistry – option Bioinformatics) and a MSc in Bioinformatics (2019), realised at University of PARIS – Sorbonne Cité USPC,  where he got during his formation, courses and skills in several Bioinformatics areas (mainly Structural, Omics, Stats & Programming).

As part of his MSc courses, he got the opportunity to realise several internships. First, in the National Center of Scientific Research (CNRS) Lab in Paris, with the team Post-transcriptional and Epigenetic regulation (PTER) about the implementation of unsupervised Machine Learning approaches for selection of co-translated mRNAs under the supervision of Prof C. BOUYIOKOS, and after, a second internship at the Hydraulic & Environmental National Laboratory Department (LNHE – Electricite de France EDF) in Paris about Legionella Pneumophila biotics and abiotics interaction and proliferation problematics inside Nuclear cooling Circuit.

After the end of his academical course, he worked mainly on Metagenomics applications. Firstly, he worked in the same group as his last internship as bioinformatic engineer on L. Pneumophila problematic (EDF-Lab / LNHE). Secondly, he worked as a computational biologist at the National Research Institute INRAe-Transfert (INRAE) based in the sequencing genetic platform GET in Toulouse, about post-sequencing bioinformatic and biostatistical data analyses.

Franz joined the Dr Mireya PLASS’ group for his PhD on Single-cell transcriptomic analyses for understanding RBPs contribution to cell differentiation, and how the transcriptomic networks regulated by these RBPs are altered in the development of neurodegenerative disease.

Dr. Sandra María Fernández Moya studied a BSc in Biology at Málaga University (2005) and holds a Ph.D. in Biochemistry and Molecular Biology (2013) from Granada University (Spain). Here, she started her interest in RNA binding proteins (RBPs), studying the role of the proteins RBP33 and DRBD3 in posttranscriptional regulation of the gene expression in Trypanosomatids. During this time, she performed several short stays in Cambridge University, at the Biochemistry Department to study the effect of RBP depletion on these parasites using RNA-Sequencing.

Afterward, she started her postdoc at Biomedical Center-Ludwig Maximilians Universität in Munich (Kiebler Lab, 2013-2020). Here, she focused role of the RNA and RBPs in the post- transcriptional regulation of gene expression focusing on the regulation of synaptic plasticity and learning, protein dysregulation, and their role in neurodegenerative diseases. Moreover, she studied the role of the double-stranded RBP Staufen 2 (Stau2) in mRNA localization, degradation, and translation of RNA, deciphering the structural code present at the 3’-UTRs of its target mRNAs. Moreover, she combined her research with teaching duties as she participated in the courses of neuroanatomy and histology for medical students in LMU and the supervision of students and technicians in the lab.

She joined the P-CMR[C] in June of 2021 with a Marie Sklodowska-Curie Fellowship to study the role of RBPs in neuronal differentiation and their contribution to the development of Alzheimer's Disease.

Mohamed Hassan got his Bachelor’s degree of Science (2018), studying the Molecular Biotechnology program at Helwan university in Egypt. His final project was about the development of Biosensors for detecting viral infections, especially Hepatitis B virus.

After graduation, he worked on developing an eco-friendly termicide within Dr. Ehab Essawy’s group, then he was appointed as a teaching assistant at the Bioinformatics center in the same university before obtaining his master’s degree of Bioinformatics at the Universitat Autónoma de Barcelona (UAB) in 2020. During the master, he joined the Centro Nacional de Análisis Genómico (CNAG) at the Centre for Genomic Regulation (CRG) for a 5-month internship where his thesis project focused on studying the aging process in oocytes using single-cell RNA sequencing where he developed his computational skills as well as single-cell data analysis.

In 2022, Mohamed joined Mireya Plass’ group at IDIBELL to pursue his PhD, where he works on studying the gene regulatory networks and the alterations of specific transcription factors involved in neurodegenerative diseases and cellular differentiation using single-cell transcriptomics.

This website uses its own and third-party cookies to offer a better experience and service. If you continue to browse and use this website we will assume that you agree with the policies.OkayLearn more