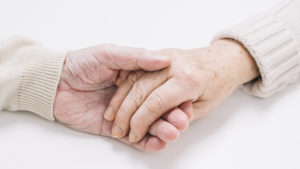 Population aging is causing an increase in age-related diseases worldwide and their prevention is becoming a major social, economic and medical problem. For this reason, we need a better understanding of molecular and cellular mechanisms involved in this process to design strategies that allow for healthy aging.

In this regard, multiple studies in organisms ranging from flies to humans have already demonstrated that genetics plays an important role in determining longevity. However, there are also robust and reproducible approaches to extend lifespan and healthspan by non‐genetic means like dietary restriction or pharmacological compounds, which opens the door to new therapeutic strategies.

For instance, previous research demonstrated that the activity of a protein called Cdc42 was elevated in heart, brain, lung, liver, bone marrow, spleen, and kidney of aged mice. It was then shown that this elevated activity limits lifespan in mice. Now, in a study leaded by Dr. M. Carolina Florian, group leader within the Regenerative Medicine Program at IDIBELL and at the Program for Clinical Translation of Regenerative Medicine in Catalonia (P-CMR[C])  and by Prof. Hartmut Geiger from the German University of Ulm, it was demonstrated that a 4-day treatment in old mice with a specific inhibitor of Cdc42 activity named CASIN extends average and maximum murine life span of more than 10%.

This groundbreaking investigation, performed in collaboration with Prof. Yi Zheng at Cincinnati Children’s Hospital Medical Center (USA), has been published in the journal Aging Cell this week. Published data show that treated animals display also a youthful level of circulating aging‐associated inflammatory cytokines, like INFg, IL-1a and IL-1b, and had a younger epigenetic clock as based on DNA methylation levels in blood cells. Remarkably, all these effects were visible when CASIN was delivered as short as four consecutive days and when mice were already old.

Findings by Florian and colleagues add to the growing evidence that functional decline of organisms might be reversible by pharmacological interventions. These results could ultimately lead to treatments for age-related pathologies and help to maintain the regenerative capacity of cells, which would be beneficial to extend healthspan and lifespan.

This website uses cookies to improve your experience while you navigate through the website. Out of these cookies, the cookies that are categorized as necessary are stored on your browser as they are essential for the working of basic functionalities of the website. We also use third-party cookies that help us analyze and understand how you use this website. These cookies will be stored in your browser only with your consent. You also have the option to opt-out of these cookies. But opting out of some of these cookies may have an effect on your browsing experience.
Necessary Always Enabled
Necessary cookies are absolutely essential for the website to function properly. This category only includes cookies that ensures basic functionalities and security features of the website. These cookies do not store any personal information.
Non-necessary
Any cookies that may not be particularly necessary for the website to function and is used specifically to collect user personal data via analytics, ads, other embedded contents are termed as non-necessary cookies. It is mandatory to procure user consent prior to running these cookies on your website.
SAVE & ACCEPT