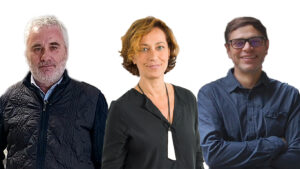 Parkinson’s is a neurodegenerative disease characterized by the death of dopaminergic neurons. This neuronal death leads to a series of motor manifestations characteristic of the disease, such as tremors, rigidity, slowness of movement, or postural instability. In most cases, the cause of the disease is unknown, however, mutations in the LRRK2 gene are responsible for 5% of cases.

Current therapies against Parkinson’s are focus on alleviating the symptoms but do not stop its progression. It is thought that early interventions before the appearance of the first symptoms that prevent neuronal death could slow down or even stop the evolution of the disease. However, currently, the diagnosis is based on the appearance of symptoms, when 70% of the neurons have already been lost.

A group of researchers from IDIBELL and the University of Barcelona (UB), led by Dr. Antonella Consiglio (group leader at IDIBELL, ICREA Academy researcher, and professor at the Faculty of Medicine and Health Sciences of the UB and IBUB/Institute of Biomedicine of the UB), Dr. Angel Raya (P-CMRC group head, coordinator of the IDIBELL Regenerative Medicine program and ICREA researcher) and Dr. Jordi Soriano (group leader and professor at the UB and the Institute of Complex Systems from the University of Barcelona), with other national and international collaborators, have identified early functional deficiencies, before death, in neurons derived from patients with genetic Parkinson’s. According to Dr. Consiglio “, these discoveries open the door to early diagnosis, which would allow us to carry out a premature intervention that would slow down neuronal death, and therefore, would stop the evolution of the disease“.

In this work, dopaminergic neurons, the most vulnerable in Parkinson’s, differentiated from stem cells (iPSC) of healthy individuals and patients with genetic Parkinson’s, have been used as a model. Researchers have observed that these dopaminergic neurons are capable of maturing and forming functional neural networks in culture, in both control and Parkinson’s disease conditions.

However, in this work published in npj Parkinson’s Disease, it is shown that neurons from individuals with Parkinson’s are more spontaneously active and present more explosion episodes in which, for example, the entire network is activated at the same time. All this before the neurodegeneration. The researchers believe that this early neuronal dysfunction could be contributing to initiating the cascade of events responsible for the death of dopaminergic neurons, and consequently, Parkinson’s disease. Furthermore, this work highlights the extraordinary window of opportunity provided by experimental models based on iPSC in the understanding and presymptomatic evaluation of neurodegenerative diseases.

This work was supported by the European Research Council-ERC, the Spanish Ministry of Economy and Competitiveness, the Carlos III Institute, AGAUR, and the CERCA program of the Generalitat de Catalunya. 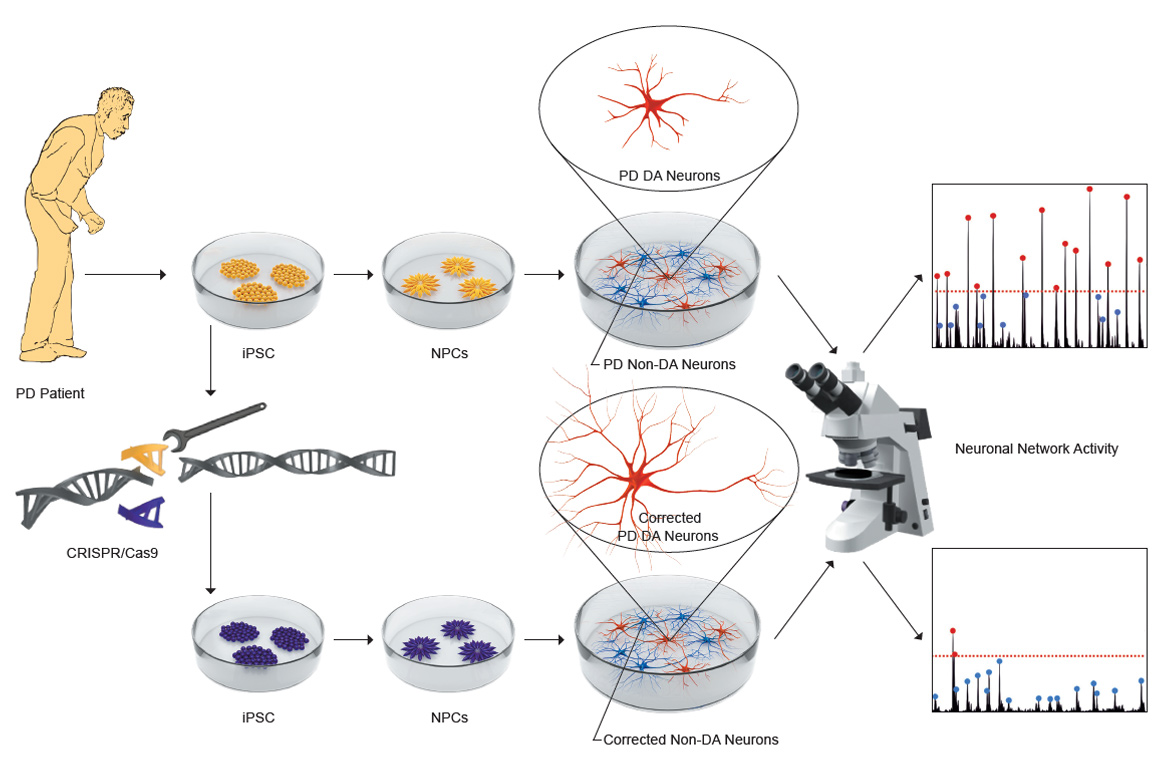 Schematic of the experimental design for investigating the emergence of functional alterations in dopaminergic neurons obtained from PD patient-specific iPSC. After their generation in the plate, monitorisation of calcium intracellular levels has been used to follow the organisational changes and dynamical traits of the neuronal networks during maturation. Functional analysis of the neuronal connectivity in these cultures allowed the study of early events that originate the pathology. Gene editing in the original patient derived iPSC allowed to revert these defects.